The web used to be smaller, not just by number of websites, but also by font size. Things also didn’t scale up to the full width of the screen just because you happened to use a greater resolution. Sometime after smartphones entered the mainstream, this mobile-first frenzy was everywhere and, suddenly, everything had to be responsive, with 36px text and huge slideshows requiring endless scrolling. Content you could read without touching your mouse (or your screen) now has you spinning your mouse wheel or flicking on your screen like crazy (yes, I’m looking at you, Medium).

Vostok was a small design studio headquartered in Madrid. In their own words, they were “known for being obsessive about order, simplicity and elegance.” They did a pretty good job backing up this claim by releasing a free, minimalistic WordPress theme that’s still an option on wordpress.com today, although slightly modified. The original code is still available on their Google Code archive, but the last release is almost nine years old at this point and its compatibility with the latest version of WordPress might prove problematic.

If you’re into minimalism when it comes to websites, the part worth scavenging is the design itself. Updating the codebase for today’s WordPress is too much of a headache for me. I’d done it a few years back, only to have it broken by the next WP release. And since I’d moved on to Jekyll for all my blogging needs, it made sense to port the design. Besides, I feel that most of today’s WordPress users have little interest in minimalistic designs.

Starting from scratch, I decided to give the port a name of its own – McMurdo. It’s free for anyone who thinks that quality content comes before big fonts and flashy landing pages. Right now there are three color schemes to choose from: black, white and midnight. And you can easily create your own. 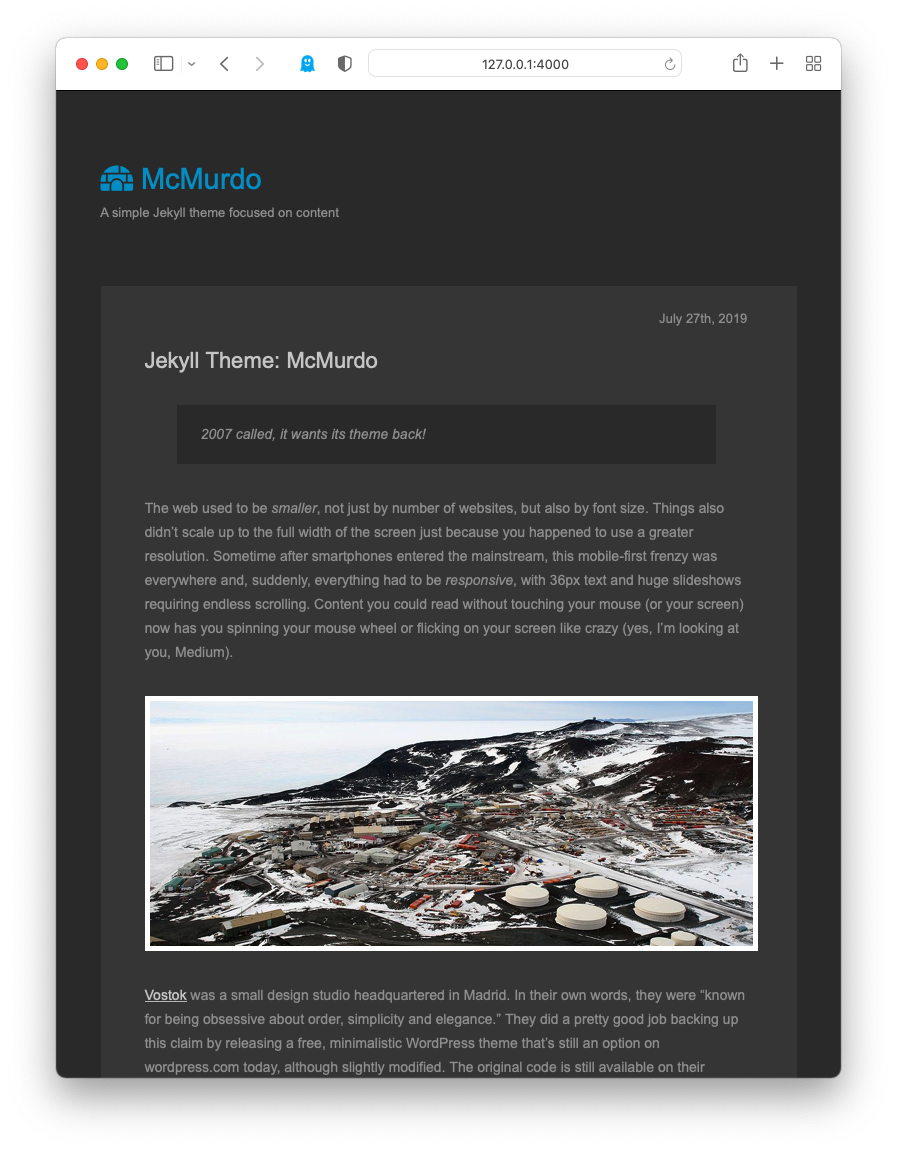 Grab it from my repo. Fork it. Tweak it. Improve it. And if you fix something, hit me with a pull request.